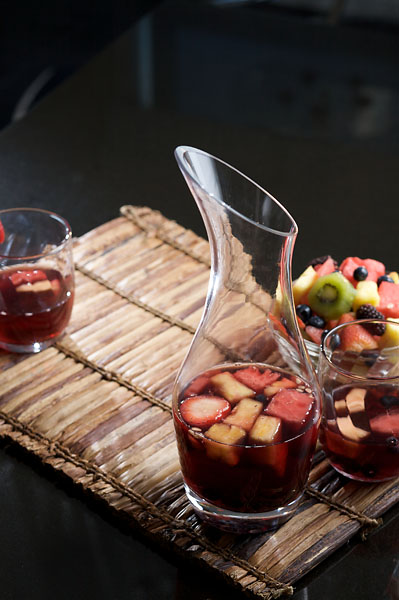 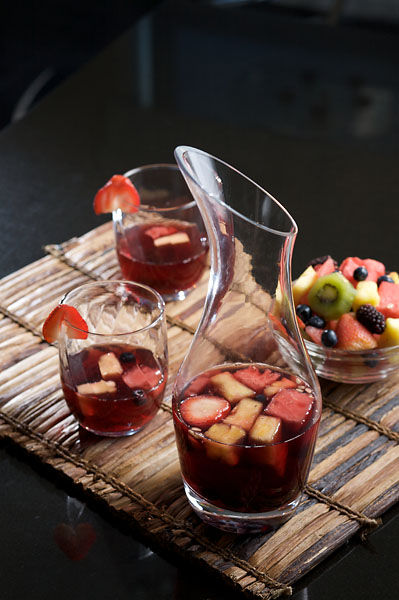 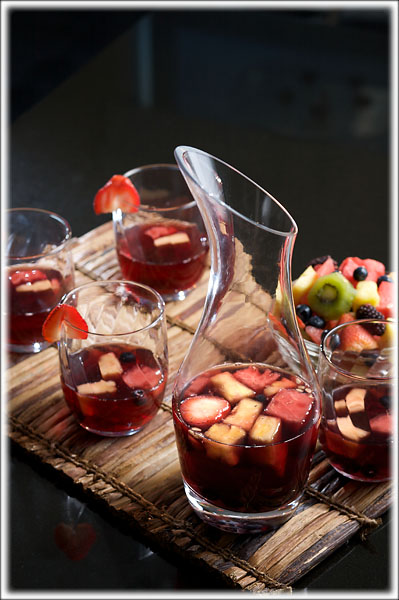 Most of my early work was in journalism, but then I bought a house.  Sigh.  I bought a house, and the bank expects a check to come every month.  Nothing motivates a guy to work like a mortgage!

So a guy finds himself doing advertising work.  Most of these shoots are heavily orchestrated affairs with lots of people running around doing god-knows-what, but once in a while it’s just you, a deadline and some props – not enough props.

The ad is for a set of four glasses and pitcher and they have sent you a pitcher and exactly two glasses.  The client is very clear that the ad must show twice as many glasses as they have sent you.  Thoughts of pushing the lot off the edge of the table and walking out to the sound of shattering glass swirl tantalizingly around in your mind, but there’s that mortgage payment to bring you back to earth.

So what’s the solution?  Set up the camera and lights so that several images can be shot of the same scene and then layered on top of each other.  Masking sections out from each layer allows you to build up an image with as many glasses as necessary.

This site uses Akismet to reduce spam. Learn how your comment data is processed.